“Dive-In” with our Chef Demos! 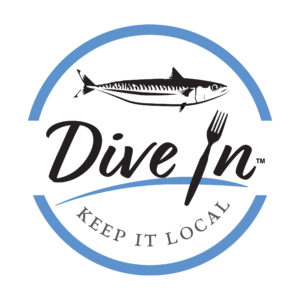 This year’s festival will include a marketing campaign entitled “Dive-In” to promote local seafood that is underutilized and available abundantly. The campaign was launched in 2018 featuring Cape Shark (dog fish) and was made possible by a grant from the Massachusetts Department of Fish and Game.

Concept: Two local chefs or chef teams compete. Each can only bring their favorite cooking vessels/utensils, presentation plates and three of their favorite ingredients, including jerk. Chefs will get a basket of fresh local seasonal vegetables. Chefs will get an hour to prepare, cook and plate their dish. Chefs must make adequate food for the judges and the emcee to taste as well as offer 30 small tastings to the public.

Witness our Seafood Throwdown at its finest and bring a friend to watch two local Chefs duke it out? Come and listen to the sizzle of the seafood and the voices of your community and observe our community Chefs throw it down, Caribbean style. Each Chef will receive a mystery box of local ethnic produce grown right here in Massachusetts by farmers of World Farmers, Inc. 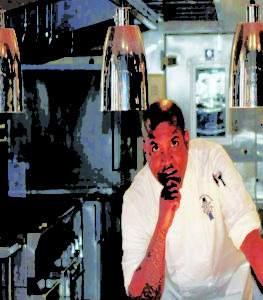 Founded in 2013, Chef Indeed is the work of founder and lead chef, Vladimir Lebrun. Having grown up surrounded by festive and elaborate Caribbean traditions centered on food, Vlad always had a keen awareness of food’s power to unite and bring joy. He went on to work in several restaurants to learn the trade, and formalized his training at the Le Cordon Bleu College of Culinary Arts in Boston. He has combined all of his experiences into founding Chef Indeed. Vlad leads a fun and energetic staff whose goal is to turn every meal into phenomenal culinary experiences. With the balanced fusion of his Caribbean heritage, and training in classical French techniques, Vlad and his staff will turn your table into a place of discovery and delight. Currently Vlad is head chef at Paige Academy in Roxbury! 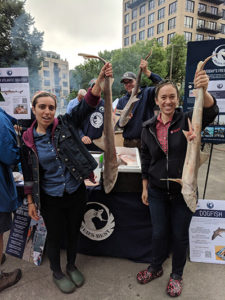 Annabel and Celine met while working as line cooks at Mei Mei Restaurant in Boston, Massachusetts, and quickly connected through their love of plants and sustainable agriculture. They got connected to the Boston JerkFest during the Urban Farming conference and are so excited to be competing for their second year in a row.

These days, they can be found in each other’s kitchens, testing out new recipes, flipping doubles at Mei Mei, tending to community gardens, and foraging for wild edibles. They have recently started hosting a pop-up dinner series featuring seasonally-specific flora; this past winter, they created an entire plant-based menu featuring underground roots, and coming soon on July 11 they are hosting a floral-themed dinner outside in a community garden! More info and sliding scale tickets here.

Celine loves experimenting at home: fermented condiments, tinctures, and jams fill her shelves. She is currently exploring her family history through food and is on the hunt for the best chow fun in Boston.

Annabel hosts Iraqi-Jewish pop-ups through Awafi Boston. Find them on Facebook or Instagram to learn more and stay tuned for future events. 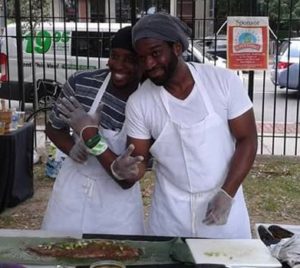 Chef Ola, and Chef Mills met in culinary school. Their love of all things food, and their singular commitment to create food that is nutritiously delicious spawned the concept for KTW. The mission, to provide a healthier alternative to the typical fast food options available in our communities. Creative dishes with roots in Nigeria, and Jamaica, using ingredients that are fresh, locally sourced, natural, and organic. Food that is pleasing to the eye as well as the pallet, without the high salt and sugar content found in many other food options. KTW cooks for the community as we cook for our own families. We believe food should be nutritious as well as cost effective. Diabetes, Cancer, Heart Disease, and Hypertension are destroying our community from the inside. We see healthy food and proper education around healthy eating as our way to catalyze the internal healing of our community. We deserve better, and we’ll do better

The Jerk Cook-Off features two Chefs who will vie for bragging rights for the 2019 Jerk Cook-Off Champ! Each Chef will receive a mystery box of local ethnic produce grown right here in Massachusetts by farmers of World Farmers, Inc. The Chefs bring their special home made jerk sauce and will create delicious plates for the judges and audience to taste. 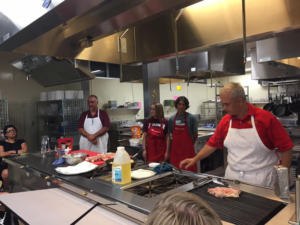 John Santos has been in love with food his entire life.  He has owned and operated two restaurants, run catering companies, worked in both wholesale and retail foodservice.  He has managed supermarkets ranging from Whole foods Market to his current role as the store manager at Tropical Foods Supermarket in Roxbury.   He was born on the island of Guam and raised in New England. His quest for the perfect meal has brought him to Italy, France, England, Germany, Mexico and the Caribbean. Join Chef John Santos at the 2019 Boston Jerkfest as he brings together years of experience and culinary passion in an explosion of flavors! 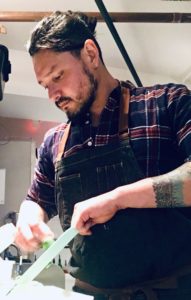 Ricardo Monroy is a Guatemalan chef-artist living in Boston. He is the “Take Back The Kitchen (TBK)” coordinator and chef instructor, a culinary-nutritional program for kids, youth and Seniors at Haley House.

Chef Ricardo is a part-time worker at “Tanam”, a cooperative worker-owned Filipino restaurant at Bow Market in Somerville and most recently part of the “Future Chefs” team. He’s also the winner of the 2018’s Boston Jerkfest Seafood Throw-down competition.

Ricardo has 16 years of food-industry experience working in different environments and countries. He specializes in creating delicious and eclectic dishes that include 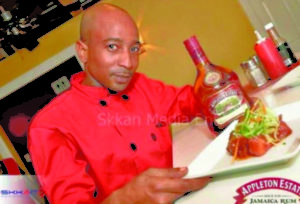 While expounding on his craft, Jason accomplished numerous awards where he won second place in the Gleaner Grill off Competition (2010) as well as third place in JCDC Food Festival (2010). His goal is to become a renowned chef across the world as well as a successful culinary arts entrepreneur. His best attributes as a culinary artiste are his creativity, drive and passion that he has for his craft.  Jason loves to prepare Jamaican, Italian, Nigerian and Mexican foods in hopes to expand his horizon in all culinary aspects. In the future, Jason would like to give back to the community(s) by helping those who have a passion for cooking just as much as he did when he was a youth.

World Farmers – World Farmers’ mission is to support small farmers in sustainable agricultural production and successful marketing practices to connect culturally relevant produce to viable markets. World Farmers provides mentoring, training, and hands-on assistance when working with each farmer to build the capacity needed to operate individual farming enterprises. We enact our mission through various initiatives, the most prominent of which is the Flats Mentor Farm program.

Red’s Best – Headquartered on the historic Boston Fish Pier, Red’s Best was founded in 2008 to serve fishermen from local coastal communities in the USA. They aggregate catches, networking small boats to form a large market presence, leveling the global playing field. Red’s Best sustains the livelihoods of American fishermen while sustaining fisheries for harvest. Red’s Best connects you to your fishermen and tells the story of every catch.