Singer. Song Writer. Musician. Spirit.
Greg Roy is best known for his fiery stage presence and uplifting, poetic performance style. Originating from Montego Bay, Jamaica, he has been capturing audiences through his creation and delivery of roots reggae and dancehall music for decades. As a vocalist and guitarist, Greg Roy offers a broad range of original compositions and recordings that are performed at high energy with a band, as well as acoustically. As former Lead Vocalist for the Duppy Conquerors’ Bob Marley Tribute band, he embodies a soulful authenticity that uplifts and honors this timeless collection of over 60 covers. In any given format, Greg Roy is sure to inspire audiences and bring crowds to their feet! Some notable performances have included Hard Rock Café Boston, Rock and Roll Playhouse, House of Blues Boston, MGM Casino Springfield, Spire Center for Performing Arts, Nantucket’s famous Chicken Box, Wormtown Festival, Cambridge’s Reggae in the Park, and Sugar Loaf Mountain Resort.Greg Roy Live acoustic 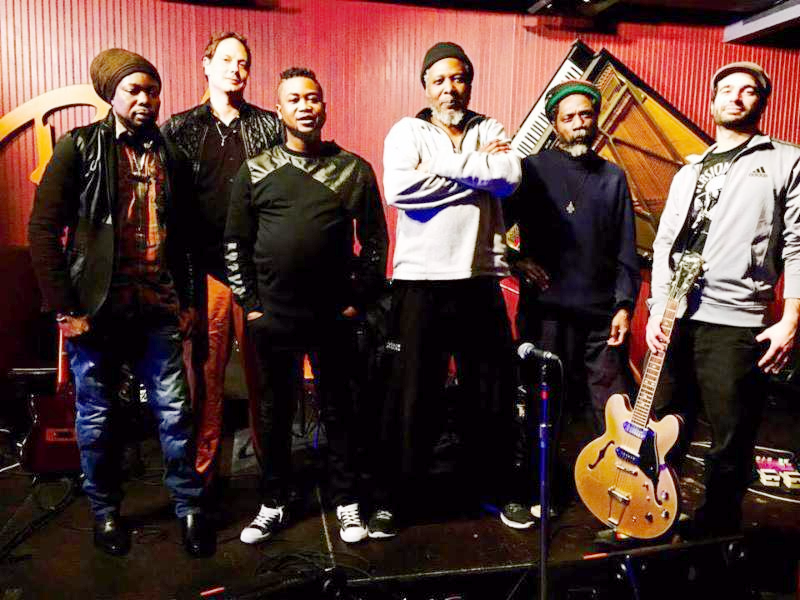 SAMBA LOLO – Singing in Bambara and Manding, Boubacar Diabate and Samba Lolo create a performance that spans the full spectrum of Traditional to Contemporary Malian music from West Africa combined with Blues, Jazz, Reggae and Bluegrass – Bouba sings of our common shared experience of love, life and humanity, giving all an opportunity to hear the age-old West African tradition of Griot storytelling through song 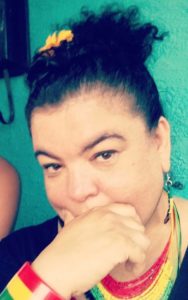 DJ NOMADIK got her start as a DJ w/the Jazz Oasis show on WERS 88.9fm (Emerson College), She moved on to hiphop/reggae/soul shows from 2000-2004. following WERS, she spent 8 years as a DJ on WMBR (MIT) She has continued to broaden her DJing experience in various venues throughout the Greater Boston area, including private parties and occupying residencies at ZuZu in Cambridge, the Milky Way, Jamaica Plain, Cambridge Caribbean Carnival, Berklee College and Now at Jerk Fest in Boston to name a few. In addition to her DJing, Nomadik organizes, promotes, manages artists, & “Provides quality entertainment” for the Boston area & beyond. She has been creating shows & events on an on-going basis since 2001. The first party (just 2 weeks after 9-11 tragedy) sold out within the 1st hour at the original House of Blues (now on Landsdowne St.) Since then, she has gone on to produce various forms of cultural entertainment. DJ Nomadik was featured in Boston’s Weekly Dig Magazine as one of Boston’s core DJs (July 2007). Also in 2007, She won Best Promoter of the year at Boston’s M.I.C. awards. Additionally, Nomadik’s open mic event at Milky way won the “Dig this Awards 2007” BEST club night – Nomadik won 2009 Urban music award for best female DJ and was nominated Best DJ for the Boston fab awards 2015

DJ SMOOV – DJ Smoov is one of Boston’s highly sought after, premiere and versatile DJ’s with over 10 years of experience. There is no doubtwhen you enter a SmoovNetwork party you will leave BLOWN AWAY! DJ Smoov is known for his energy, smooth blends, seamless mixes and overall ability to give the crowd EXACTLY what they came for. He is not only the man behind the turn tables, he is the man in the middle of the dance floor making sure his audience is well entertained. His efforts have brought him countless opportunities to exhibit his talents across the United States as well as internationally.From birthday parties, weddings, school events, concerts, clubs, upscale galas, and corporate events DJ Smoov makes sure to create a FLAWLESS night for his clients. DJ Smoov has joined forces on many occasions with well-known artists whether it was opening a concert, creating a track or providing sound reinforcement. He is also the man behind Boston’s FIRST EVER Haitian Masquerade Camp, where he made sure that an audience of over 500,000 people saw and felt the Haitian Culture as the truck/float made its way down the parade route for several years. Along with his extensive list of hosted events, DJ Smoov still manages to put out a variety of mix tapes for your personal listening pleasure.What makes DJ Smoov stand out among all other DJ’s is that DJ Smoov has a couple of degrees in Audio Technology. Not only does he have an extensive educational background in Audio and musical culture, Dj Smoov is also a respected college professor. There so much more to being a DJ than playing music. When Dj Smoov a.ka. The “The DJ Professor” is on the tables he gives his audience an experience that they will never forget. 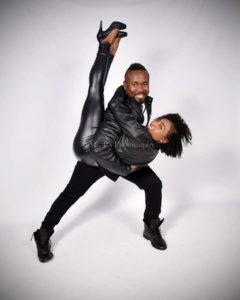 EJ Dance Studio – Evens began dancing an early age, in Hinche, Haiti. After discovering his passion for dance, he continued working on his cra

ft. He has been teaching folklore since he was 14 years old, and Latin ballroom since he was 17 years old. Evens dances over 22 styles of dance, and has been teaching dance for over 24 years.  He then moved to the U.S where he joined Noche Latina Dance Company (NLDC) in 2006, in Cambridge MA. Soon after, he joined LAED Dance Studio in Boston MA, in 2007. A few years later, Evens then opened EJ Dance Studio (EJDS) in Boston, MA in 2010. He continues to share his love for dance by being active in the communities. He teaches group classes, private lessons, workshops, and performs. Evens encourages people of all ages to dance because it is healing for the soul. At EJDS our mission is to teach others how to dance in a short amount of time, using our EJ method. We strive to bring joy to others, and give people a skill they can use anywhere for the rest of their lives.